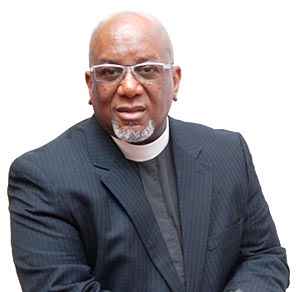 Dr. Carl E. Brinkley, Jr.  was born in Norfolk Virginia, the oldest son of the late Mr. Carl Sr. and Mrs. Audrey Brinkley. He attended and was graduated from the public schools of Chesapeake Virginia. After graduation he attended Norfolk State University and transitioned to the United States Army. After an eight year tour in the army where he served as an Operating Room Technician in the 28th Combat Support Hospital at Fort Bragg, North Carolina, he answered the call to the ministry. He joined Mount Olive Missionary Baptist Church under the leadership of Pastor Perry B. Irby, and served as a Children Church Teacher and was licensed in May 1980 to preach the Gospel. Pastor Brinkley was ordained by the Union Baptist Association in July 1983. He was appointed and served as interim Pastor of Mount Olive from October 1984 until March 1985. On March 16, 1985 Pastor Brinkley was installed as Pastor of Mount Olive.

Pastor Brinkley has held several offices in the Union Baptist Association, which includes Regional Vice President ; President of the Union Missionary Baptist Association; President of the Pastors and Ministers Conference and has served on the Board of Directors at Fayetteville Technical Community College. Pastor Brinkley is also weekly host for the weekly WIDU Community Coalition Ministry.

Pastor Brinkley is a Prolific Preacher, and visionary pastor who has appointed, ordained, enhanced and continues to build ministries within the church that encourages and strengthens the congregation through God’s Word. He is the visionair for the School of the Prophets Ministries, Inc. This School of Ministry provide support for the training and spiritual development of ministers, ministry leaders, and laity to work effectively in their specific areas of ministry to equip the saints for the advancing of the Kingdom of God.